This is a long story, but it's a good one.  Thanks to neighbor Daniel for giving us all the great details of how team member Richard in the Medford, Massachusetts store helped save a baby bunny.  He wrote:

I am emailing to express my sincere gratitude to you your company and in particular one of your valued team members at the Medford, Massachusetts Pet Supplies Plus location. Here is why. On Monday at approximately 8:30pm my dog Dara alerted me to something in the front yard by a bush. She was barking at the bush and working hard to get my attention. Once I went over I did a little digging around the bush thinking she had lost a ball or toy. I felt a soft and warm creature I moved back some of the grass and bush and laying there were three baby bunnies. 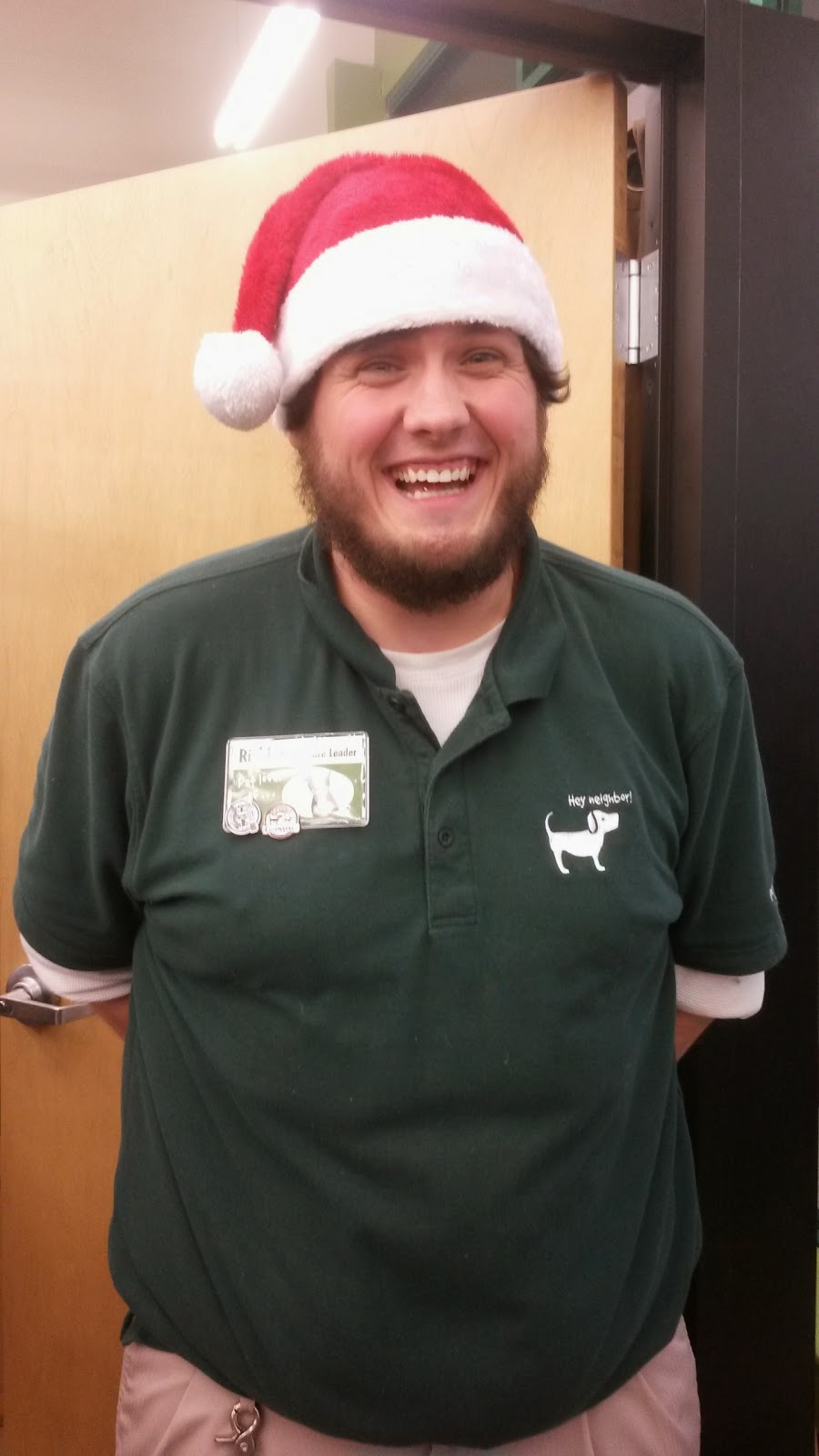 Upon further examination we unfortunately  discovered that the nest had appeared to have been abandoned and two of the three bunnies were deceased. This was of course a sad sight to see, however I was able to find one of the lil fellas was alive and barley clinching on to life.  This prompted me to take  immediate action  being an animal lover and caretaker of sorts I sprang into action.  I began by warming the baby bunny and wrapped her in a soft cloth. I began doing some research online to determine the best course of action. I called all the animal rescues and none were open. I then called the nearest pet store which happen to be your competitor.

I spoke to the young lady on the phone and recommended kitten milk. I told her that I was on my way. She told me the store closed at 9pm and I told her I may be there a few minutes late, but it was imperative that I got that milk to attempt to rescue and save this helpless bunny and to let her manager know. I pulled into the parking lot and as I pulled in called the store again to let them know I would be right there and another woman answered the phone she said I had to speak to the manager Tim. I arrived to their front door and walked in just as a customer was exiting still on the phone with the associate with the baby bunny in-hand. As I walked in the manager said sorry  the store is closed. I attempted to explain to him the circumstance and situation even showing him the helpless little animal. He said firmly and sternly we are closed come back tomorrow. I replied, Are you kidding me? I offered to pay fifty dollars for a can of kitten milk. I asked him where was his compassion for animals? I reminded him that he is the store manager and that this had nothing to do with the store being closed it has to do with helping a selfless little animal get the nutrients and food to survive. I said to the manager it is 9:05 you cannot help? He again said no the store is closed get out of my store before I call the cops! I was beside myself I became upset and desperate and begged him to please just sell me one can of kitten milk and I would happily leave. He again refused and as his employees looked on in shock I asked one of the cashiers to please bring me a can of kitten milk and I would happily pay for it and wait outside. At this point I was outside the stores vestibule and the manager smirked as he locked the door. Such an evil and uncaring man. It became clear to me that the manager Tim did not live up to the company culture and that your competitor was not a smart place to go to help your animal or pet in need.

This is where my story becomes a positive one and I felt compelled to share. I was desperate and I know it was well after closing time for many retailers and in-particular pet stores. I quickly Googled on my phone and Pet Supplies Plus in Medford, Massachusetts appeared. I prayed that by some grace of God someone would pick up, and he did. Richard the assistant store manager answered the phone and I explained to him my situation and all about the bunny as I was driving in his direction. I  respectfully asked him if he could please help in this situation. He graciously offered his assistance and said he would not mind staying later to help  out. As I arrived he was waiting for me to arrive opened the door mind you it was well after 9:30 at this point and he had everything I needed plus some additional supplies. He was so understanding and helpful and offered some great tips. I am just amazed how one individual over another can make such a difference in such a short time. In this case the power of nice truly effected a positive and powerful customer service experience!  Richard went above and beyond and he is a superstar and lifesaver in my book I wish him much success and hope that Pet Supplies Plus takes advantage of Richard and offers him opportunities to continue to be successful in promoting the Pet Supplies Plus brand. He truly is an ambassador and leader with a dedication to his company, customers, and their pets and animals alike. Thank you for being there for us when we needed you most!